Ransomware is growing in popularity as an effective tool for cybercriminals and hackers. This style of malware encrypts personal or business system’s files, locking the owner out of the system completely. Once activated, the malware makes data, files, systems, and applications inaccessible. The cybercriminal then demands a ransom in exchange for the restoration of the system. Even if a victim pays the ransom, there is no guarantee that full restoration of the system will occur, but it is a tempting choice for companies who suffer downtime, loss of sales, and negative reputations as a result of the attack.

The risk of ransomware is very real and does not discriminate. From small businesses to global corporations, ransomware can affect anyone at any time. The effects of these kind of attacks are lasting and the threat is growing, as evident by the recent Colonial Pipeline Co. attack, which affected the entire US gas industry. Businesses must act to protect their systems with the latest in cybersecurity to avoid becoming a victim. 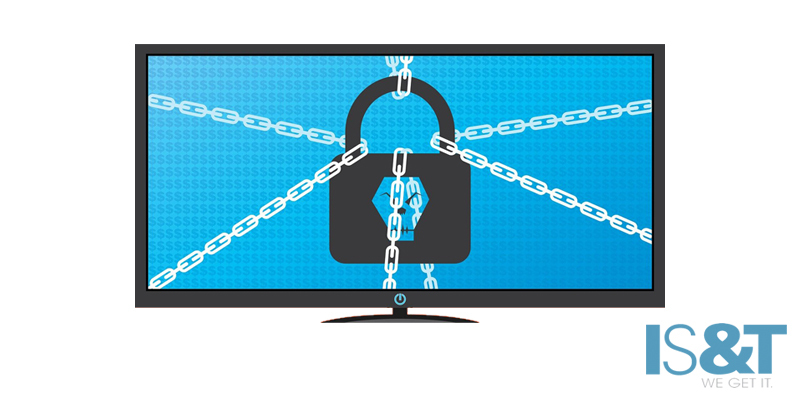 In May 2021, a ransomware attack executed by DarkSide, a ransomware software created by a shadow group of hackers and cybercriminals, affected a major US pipeline, prompting gas shortages and panic fueling along the East coast.

Colonial Pipeline Co., a company that operates one of the country’s major pipelines, was the victim. The ransomware attack caused the company to take some of their systems offline, causing the pipeline to stop operations until full and safe restoration of IT systems could be achieved. This was a serious problem, as this 5,500-mile pipeline is responsible for delivering 45% of the gas and jet fuel used by the East coast. Anne Neuberger, the deputy national security adviser for cyber and emerging technology called this style of attack “ransomware as a service variant” in which cybercriminals execute the attack and share the proceeds with the developers of the ransomware software. Neuberger called this style of ransomware attack “new and troubling.”

As a result of the ransomware attack, gas prices increased and panic over gas shortages increased. Colonial Pipeline Co. told customers and government officials that they would work as quickly as possible to bring the pipeline, which was not physically damaged in any way, back online, but there was no assurance on how quickly that would happen given that they had never before had to shut such a massive pipeline down.

To restore service and mitigate effects of the hack on the East coast and the entire United States, CEO of Colonial Pipeline Co., Joseph Blount, told the Wall Street Journal that he approved the use of $4.4 million to pay the ransom and bring the pipeline back online.

“I know that’s a highly controversial decision,” Blount said. “I didn’t make it lightly. I will admit that I wasn’t comfortable seeing money go out the door to people like this. But it was the right thing to do for the country”

What You Can Do

This is a single, but serious, example of how ransomware can ultimately affect not just a business, but also the industries, communities, employees, infrastructures, and customers that the business supports. As a business owner, you cannot ignore the threat of ransomware. It’s essential to equip your business, online applications, and web presence with the latest in cybersecurity. By protecting your network, you protect your business and your customers.  If you are concerned about your network security we can help.

Contact IS&T today to have our team assess the security and strength of your network. Our cybersecurity experts can ensure your business and systems are protected with the best possible security measures. Get the peace of mind you want and the security protection you need.